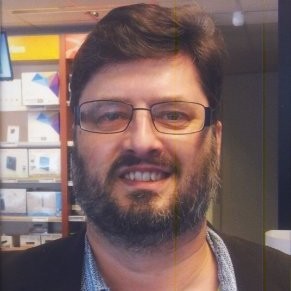 A & O 1-Fach Sprachendienst is a small-scale translation agency.
It was registered towards the end of 1996 as a trade name for the translation activities of Jansen Communication & Informatics at the Chamber of Commerce in for Eindhoven, Netherlands. The trade name had already been used experimentally from 1992 in the Yellow Pages for the region of Eindhoven and several other districts in the Netherlands.

The company was founded by Gerwin Jansen MA, a fully qualified high school professor in the German language and a professional translator of the languages German, English and Dutch. Before he founded the company, he worked for several translation agencies as a freelance translator.

So, the owner himself is a true professional (in 1989 he was sworn in for life by the Crown Court of Arnhem for certified translations) and he is still practising and actively involved in translation and correction work. He also co-ordinates multilingual projects.